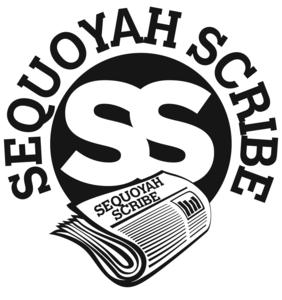 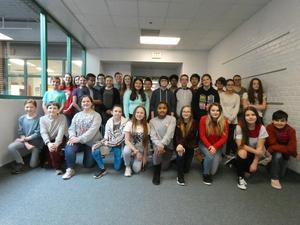 "I am incredibly proud of Sevier's news team for winning the premier prize in scholastic journalism," said David Flanary, Sequoyah Scribe Adviser and Sevier Social Studies teacher. "The Scribe's writers, photographers, and editors always strive to cover relevant topics while maintaining high journalistic standards. Their work is simply exemplary."
In total, NSPA named 19 newspaper winners from across the nation. The Sequoyah Scribe was the only middle school in the nation to achieve this honor and the only school from the state of Tennessee, making The Sequoyah Scribe the top middle school newspaper in the nation.
"As an adviser, I am especially grateful to Kingsport City Schools' administrators and teachers, who have always been supportive of student journalists covering even the most complex issues," continued Flanary. "KCS has fostered a wonderful atmosphere for these students to grow as both writers and citizens."
In addition, Dobyns-Bennett High School freshman Olivia Fleming was honored for her work with The Sequoyah Scribe last school year. Her story, "Vaping Becomes a Dangerous Trend Among Teens," won 2nd Place "Story of the Year" and "Neonatal Abstinence Syndrome is Affecting More Tennessee Babies," won "Honorable Mention" both in the middle school category.
The NSPA Pacemaker Award has a rich tradition and the association started presenting the award to high school newspapers after the association's founding in 1921. Through the years, yearbooks, magazines, online sites, and broadcast programs were added to the competition. The 2019 awards included 49 finalists from 16 states and the United Kingdom. In all, 220 student news publications from 33 states entered the Pacemaker competition.
In addition to demonstrating excellence in key areas including coverage, writing, editing, design, and photography, the winning newspapers took risks and served as a strong voice for its student audience. Even in a digital age, print publications are thriving in high schools across the country. Most print news publications have shifted to more in-depth coverage and now report breaking news on companion websites.

Kingsport City Schools (KCS) is a public school district located in Kingsport, Tenn., serving students in Sullivan and Hawkins county. The district is comprised of 13 schools, including a Pre-K, eight elementary schools, two middle schools, one high school, a high school program of choice and an alternative learning program; with total enrollment over 7,700 students. The vision of Kingsport City Schools is to Inspire. Cultivate. Impact.

For more information on KCS, visit k12k.com, listen live on WCSK 90.3 FM, The Voice of KCS, read our blog, We Are KCS, download our mobile app for Apple / Android devices or call (423) 378.2100. We’re social too; follow us on Facebook (Kingsport City Schools), Twitter (@KCS_District), LinkedIn (Kingsport City Schools) and check out our YouTube Channel (KPTSchools).